Who fancies a trip down memory lane?

Football is a massively ingrained part of UK culture – and with it comes terrace fashion or otherwise known as football casual clothing. The clothing worn by football fans has always had a huge impact on fashion, with the sports casual styles of today paying tribute to the styles spotted in years gone by.

So, how did terrace fashion begin? And just how have the styles from the 60s, 70s and 80s influenced what we wear today? 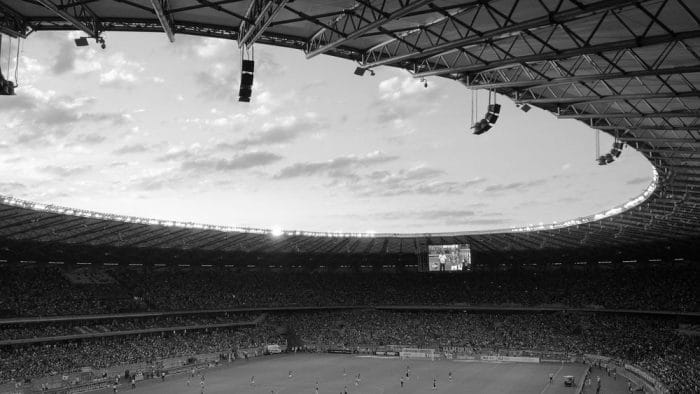 With the Football League returning after the war in 1946, it was in the 50s that terrace fashion truly began. The styles were, however, a far cry from what we see today. Football was more of a formal affair, albeit with a slight rock n roll edge. The ‘teddy boy’ trends of the 50s saw shirts, ties, waistcoats, overcoats and flat caps worn to football games: basically, fashions that would fit in more on the set of Peaky Blinders than they would in football stadiums today!

The skinhead movement took full hold in the 60s, with the edgier styles bleeding through into other subcultures, including football.

Dr Martens boots became a firm staple on the football terraces throughout the 60s, signifying terrace fashion’s move from shirts and waistcoats to a more laid-back, inherently working-class style. This move, however, came with its disadvantages. The skinhead inspired style was instantly recognisable by the police and, fearful of hooliganism, those sporting Doc Martens often found themselves targeted at games.

Many football fans were made to de-lace their Doc Martens, or even take them off at the door – the idea being that they would then pose less of a threat if any fights were to break out. This unwanted police attention forced football fans to change their style and, moving on into the 70s, modern football fashion really started to take shape… 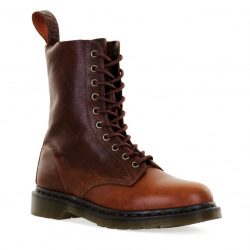 Terrace fashion in the 70s and 80s: Football Casuals

Terrace fashion evolved massively throughout the 70s and 80s. This is when the sports casual look really started to come into its own, and the brands we still know and love today started to adorn the wardrobes of UK football fans.

With Doc Martens a no-go, fans began to adopt a different style in the 70s. Tennis had a huge influence on football casual fashion throughout this decade, with fans opting for sports-ready trainers in place of the previously stylish boots.

European fashion also came into play through the 70s and into the 80s, as fans began to travel overseas for football games, bringing new styles from abroad back home with them. This, combined with the sporty tennis influence, meant the iconic Adidas trainers quickly became all the rage across the football terraces of the UK.

Polo shirts hit peak popularity in the 80s, again, due to influences from both tennis and European fashion. The Fred Perry polo is a prime example, becoming popular with football fans way back in the 1970s and remaining a terrace fashion staple to this day.

Lacoste, too, followed a similar path; barely heard of in the UK but brought back home from Europe by football supporters. While pastels were the chosen shades of the 70s and 80s, neutrals have become favourable over more recent years.

Terrace fashion in the 90s and 2000s: Branded Designs

During the 90s, a number of brands firmly cemented their place in the football stands. Sports casual designers such as CP-Company joined the ranks of Adidas, Lacoste and Fred Perry as firm musts in the collections of any 90s football fans – and their popularity still reigns today!

And what about terrace fashion today? It is clear from looking around at any UK football match that the football casual clothing style holds onto its roots. From polo shirts to branded trainers, scattered amongst the football shirts you can easily spot the retro influences, with the heritage styles of years gone by continuing to make a huge impression to this day.

Whether you’re heading out to a game or you’re looking to step up your off-duty look, why not take inspiration from classic terrace fashion? Across the current menswear collection at Loofes you can discover a variety of styles to transform your look. Explore Adidas UK, Lacoste UK and CP-Company to discover your new go-to’s.